Bruce fagan honoured for 50 years of service as a JP

Member for Kiama Gareth Ward MP has today presented one of the State’s longest serving Justices of the Peace (JP), Bruce Fagan, President of the Bushido Judo Club in Shoalhaven Heads with a commendation for 50 years of service. 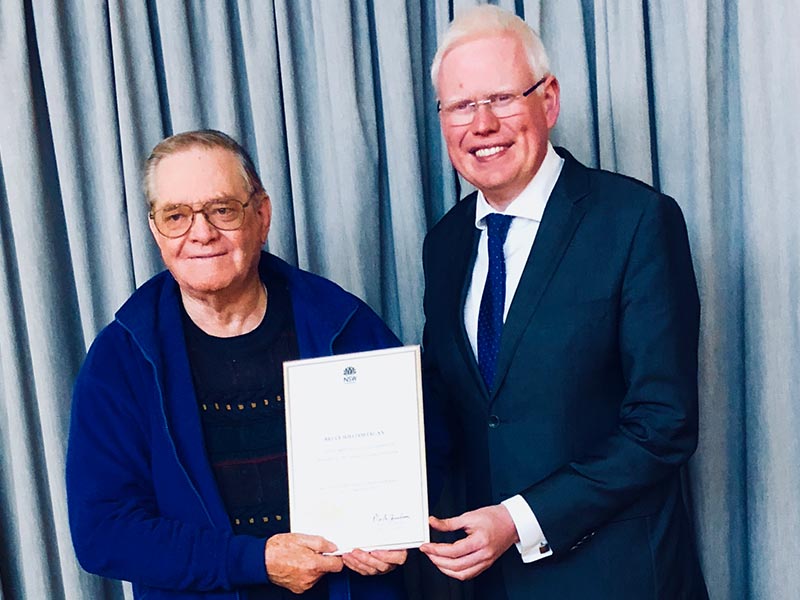 Mr Ward made the special presentation during a visit to the Bushido Judo Club at the Shoalhaven Heads Community Centre.

“It is a remarkable achievement to provide half a century of service as a JP, and one that deserves to be honoured,” Mr Ward said.

“As a JP of 50 years, Bruce Fagan has played an important part in the legal system and in our community by helping hundreds of people at key moments in their lives, such as when they buy a house, access superannuation or go to court.

“Bruce is also well known to many in our local community for his long and distinguished history of involvement with Judo at a State, National, International and Olympic level as a Head Coach.

“JP’s serve as an independent witness to documents people use for official or legal purposes. The primary functions of a JP are to witness a person making a statutory declaration or affidavit, and to certify that a copy of an original document is a true and accurate copy.

“There are nearly 95,000 JPs in NSW, together volunteering hundreds of thousands of hours to their communities and assisting the efficient functioning of our legal system.

“The NSW Government introduced commemorative certificates for 50 years of service as a JP in 2012. Since then, more than 2000 certificates have been awarded.

“This commemorative certificate is a small way of saying thank you to Kiama resident Bruce Fagan for his outstanding contribution to our local community,” Mr Ward concluded.

People can search for a JP in their area by visiting the online public register of JP’s at: www.jp.nsw.gov.au.